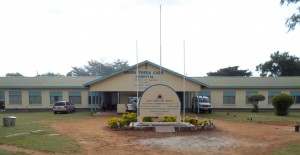 Ngora Freda Carr Hospital is a rural Private Not for Profit Hospital located in Ngora District in Teso, North Eastern Uganda. The hospital was founded in 1922 as a small medical mission with a donation from a Mr Ernest Carr in memory of his daughter Freda who had died in East Africa. Teso Development Trust has had a long-standing relationship with Freda Carr Hospital over the years, with a number of our committee members and supporters having worked there.
The Hospital particularly flourished during the 1980s when the Surgeons’ Association, and Flying Doctors’ service, used to operate from the hospital which had its own airstrip. However, for a few years from about 2010, the hospital experienced a sustained and significant downward trend in its ability to provide high-quality care to the 150,000 people it serves. Due to a number of reasons, TDT could not continue to support the hospital during this time. Eventually the hospital become dilapidated, and patient numbers dwindled to as few as 6 at any one time. This resulted in the hospital becoming financially non-viable, and a shadow of its former self. 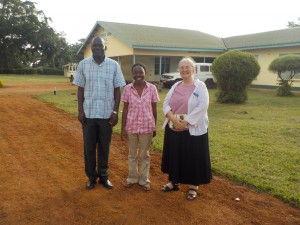 But, thanks to a renewed interest in restoring the hospital to its former glory, 2015 proved to be a significant year. A change of management structure and staff quickly reversed the trend. Rev Dr Janet White was appointed to oversee the restoration of the hospital, along with Rev Simon Omoding who operated as the administrator.
Within six months patient numbers had risen to around 4000 a month, providing the necessary finance to increase the quality of care. The number of staff increased to 3 doctors, 5 clinical officers, a permanent anaesthetic officer and 12 nurses. The quality of care has also rapidly improved, increasing the reputation of Ngora Fred Carr Hospital among the communities. This hospital has made an exceptional turn-around, thanks to the dedication and hard work of the new staff.
It now has the potential to play a significant role in providing quality health-care to the people of Teso, alongside the other health services in the area. The hospital is now working in cooperation with the Government run Maternity Unit, which is situated across the road, and the Nurses Training School 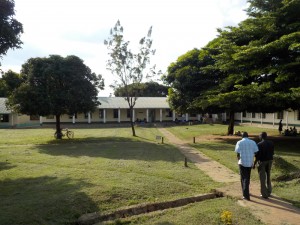 next door. This enables a ‘joined-up’ approach to health services, and provides a strong foundation to further develop the hospital. A refurbishment of the operating theatre and the maternity ward has been a significant improvement.

Over the past few years TDT has been able to help the hospital with the set up of a dental clinic, getting the x-ray lab and laboratory up and running again and providing an initial re-stocking of the pharmacy. In 2021 the hospital continues to thrive under a good management team however it also continues to face challenges. In particular there is a need for new beds and mattresses and many of the hospital buildings are in desperate need of repair. There is also a need for a reliable running water supply to the wards. 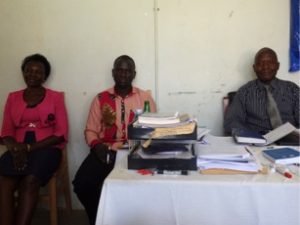 The Current Management Team Stella (Left) and Amos (Right) with a new recruit for the medical team. (Centre)

To find out how you can help support the development of Freda Carr Hospital please contact us or donate now!