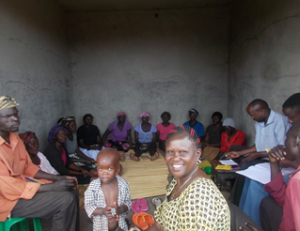 Margaret with a VSLA Group

Soroti Womens Co-operative Union Limited (SOWCUL) trains and oversees Village Savings and Loans associations in  Teso.  VSLA provides self-funded and self-managed (the management committee is elected by the members themselves) financial services in a context where a more formal or institutionalised system isn’t appropriate, enabling those with very small incomes to save and borrow money on a scale that is manageable for them. This therefore opens opportunities for households to develop in ways that would not otherwise be possible due to lack of financial resources e.g in the development of small scale businesses, and to be self-supporting rather than relying on external financial input. TDT has been supporting these groups for a number of years, and has seen some great success.

SOWCUL recently came second in the national small business competition (2018) and were awarded the prize for the best women’s group nationally for their work with VSLA. 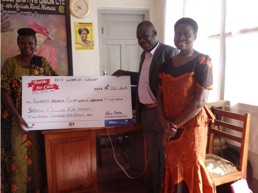 Margaret Amongin and the team with the prize cheque

Egweu’s life had become very hard for him in a Teso Town. He could not afford rent and food. Before joining Moruapesur VSLA he was thinking of going back to his village to become a peasant farmer. He used his savings to open up this stall in Moruapesur market. He now sleeps in his stalls and has portioned the front is where he sells from. Egweu hopes to increase his stock as well as to buy a plot to build his shop in the near future.

Hellen Amucu used her VSLA Savings to buy 2 acres of land in her village. She is now an empowered woman because she owns land, which is usually owned by men. According to Iteso culture women do not own land because they are expected to get married. She sits with her head high because she is equal to a man 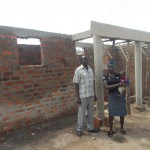 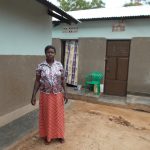 God has surely turned our tears and despair into a life of joy and hope.