DRR training conducted in November of last year in Okerai and Aguyaguya has proved fruitful and timely as it enabled communities to deal effectively with heavy rains that occurred at the beginning of this year. Community members were able to to open water drainage channels that led excess water away from their gardens, homes and crops. They were also able to move annual crops like cassava to raised, non-water logged areas keeping them safe. 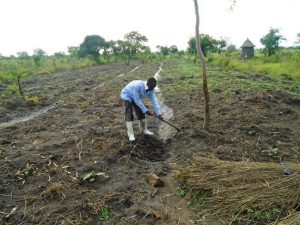 Mr Ouga opening a channel from land he is to plough

Communities also learnt about the construction and use of energy saving 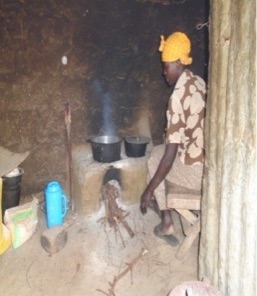 Cassava planting has been successful and cuttings have already been shared from the original group plots with members being able to plant around 1/2 and acre per person. Each group has also maintained once acre as a group garden. Following on from the vegetable demonstration gardens community members have continued to practice vegetable production at home to be eaten in their families and for sale at the market. The most common vegetables adopted were tomatoes, onions, aubergines and cabbages. 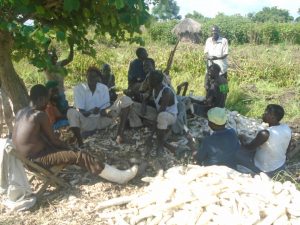 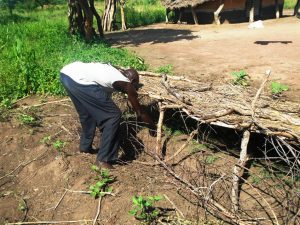 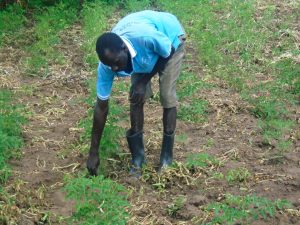 Mr Erau Julius of Aguyaguya uprooting weeds in his garden 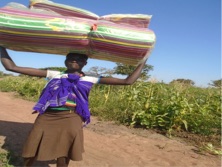 Olupot’s wife with her mattress that she bought using VSLA money from the market. Her children previously slept on sacking on the floor

The eight VSLA Groups in Aguyaguya and Okerai are working well. Various items have been bought using the savings and profit from the 8 VSLA groups set up in Aguyyguya and Okerai including livestock, radios and mattresses. Money has also been spent on school and medical fees. 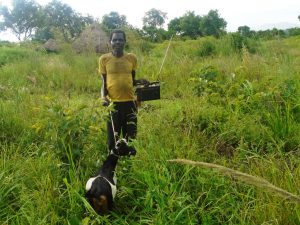 Mr. Emitu Joseph posing with his goat and a radio bought after dividing VSLA shares