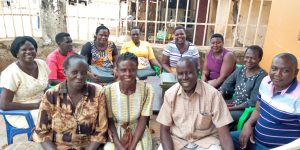 Caroline Akol (Group Coordinator): She thanks God and SOWCUL for the insight and training that the group has received. Through the group she has been able to educate her children and one is now out working. She attributes this to the impact of the VSLA group as without it she would not have been able to manage.

Mary Akurut: She is happy with  VSLA. She has bought land in the village where she does agriculture and a plot in the suburbs of Pamba where she has built two rooms. She promises never to leave the VSLA group.

Mr Opining is the groups chairperson. He is happy with the group as it has enabled him to have his children educated in boarding school and to finance his produce business. He attributes all his success and that of the other group members to VSLA and he is very proud of the group.

Two other ladies in the group have bought land and built rooms on it enabling them to move out of rented accommodation. One of them is a police woman however her salary could not sustain her, When she joined the VSLA group she was able she was able to buy assets, send her children to school, buy land and build a house. 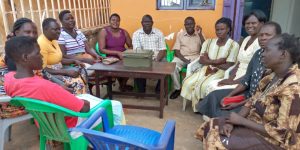